Garibay, Mariela Back to
artist page > 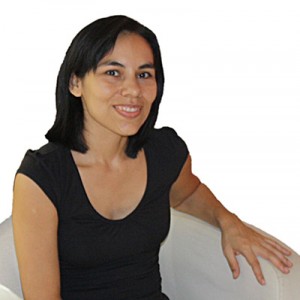 The cherubic-like forms of Mariela GARIBAY’s bronze works leave one delightfully giddy. Emblematic of her native Peru, they are earthy figures, further grounded by the choice of its material. In spirit they remain joyous, sonorous works.  Her plump child-figures ooze innocence and wonder.  Mariela captures their moments of discovery, curiosity and marvel. The stories that exist behind the figurative characters she creates are encapsulated in playful gestures.  Highly schooled in both her homeland of Peru, in drawing and sculpture, and in Barcelona, Spain, in Urban Design, GARIBAY has enjoyed a warm reception to her life’s work. She is continually evolving and perfecting her visions in multiple mediums, with a most earnest concentration in bronze. Though time consuming, the rewards have benefited us – the viewer, and are a testament to this artist’s rigorous and determined search for honesty and integrity, as conceived in the ultimate expression of these most generous – three dimensional figures, and their heartfelt attainment.

A winner twice of the Winternitz award, in 1997 and 1999; and National Drawing award 2005, GARIBAY has exhibited her work extensively in Europe and South America. Her first solo exhibition in 2004 was a great success and catapulted her into international arena. We at the Canfin Gallery welcome GARIBAY to our international stable, and her sublime and humanistic works.

EVERYTHING NEEDS TO KNOW ABOUT MARIELA GARIBAY

Mariela Garibay, a renowned Peruvian sculptor, offers us a collection of extraordinary expressiveness due to her mastery of volume language. While her work has the impression of “chubby” children, it is, in fact, the artist’s cleverness, which she expresses through hand-crafted works and public displays, that shines through. The artist manages to bring a smile to the face of the viewer, who senses the sensitivity that her sculptures elicit. Her children are intensely loving, lovingly empathic, and energetic.

Aside from Carrara marble (from Italy), Garibay also uses Alabaster and Calatorao marble in his sculptures. A thousand-year-old Peruvian process is used to generate a unique texture and burnt color in his clay sculptures, which further improves the form and expressiveness of his works.

The Peruvian sculptress has shown her work in the United States and Europe. She graduated from the famous Catholic University of Lima with a degree in Sculpture and from the University of Barcelona with a master’s degree in Urban Design, Art, and Society. She began to exhibit very soon; one of her first works in which she became known as the collection “Stone on stone”, of high meaning and symbolic content, combining her creative career with teaching and research. Accolades include the coveted National Design for Peruvian Crafts prize and the Winternitz award twice. She has worked on public projects in Peru.

While living in Spain for the better part of the last several years, his artistic career has taken off, with shows in Madrid, Barcelona and Zaragoza showcasing his unique artistic style. According to Mariela Garibay, in an interview with the art-collecting magazine “Subastas Siglo XII,” the artist is reviving the attention of collectors, as well as the recognition of critics, as her work matures.

Looking for an online art gallery New York that fulfils your needs? If so, look no farther than Canfin Gallery. The Gallery continues to promote and make available high-quality pieces of art, as well as hosting a worldwide stable of mid-level career artists. Canfin Gallery is known for the high quality of its unique pieces as well as its discreet and affable service.